BIG CHANGES AHEAD FOR THE NINE NETWORK

The Nine Network has announced some very exciting new developments as they prepare to celebrate the 60th Anniversary of television in Australia. These changes will see the dawning of a new era at Nine with traditional and digital coverage will be available in more ways than ever before. 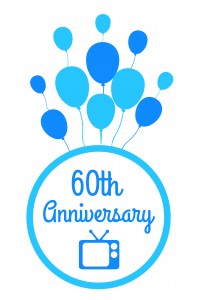 Launching TODAY Thursday, November 26, channel Nine will be simulcast in high definition (HD). This upgrade to HD is set to coincide with the Launch of two fab new channels, 9Life launching today and 9Now (launching early 2016).

9Life has launched today, Thursday 26th November. This exciting new channel will include all the favourite reality and lifestyle programs from around the world. It will also showcase new programs that have not yet been seen before on Aussie TV!

Prepared to be excited as the following programs are fast tracked straight to 9Life!

9Now is a new streaming and video on demand product that will launch early 2016. It is set to be a premium destination for catch up TV, Live Streaming and on demand content for all of the Nine Networks Liner channels.

David Gyngell, Nine Entertainment Co. ‘s CEO , said: “9Now gives audiences the choices they want and takes the Nine brand, with all its heritage and great content into the future. It delivers Nine’s premium programs, from sport and news to drama and big event shows, to audiences when they want it and where they want it”.

To acces 9Now, users will simply need to sign in, allowing them access to a range of benefits. It will launch on desktop and mobile, with apps available for both android and Apple. 9Now will also be available on devices such as Apple TV, HBBTV, Telstra TV, Sony, Samsung, LG, Playstation, and will soon after launch on Xbox and Fetch TV. World class technology will power 9Now to provide a seamless experience for viewers.

It truly is an exciting time for the Nine Network as they continue to transform and adapt to our digital future. Stay tuned in to Nine to catch all of these exciting new programs and keep an eye out for it’s new on air branding – they are introducing updated channel logos and a ‘cleaner, more contemporary’ look across all channels.