Advertising Agency in Brisbane? Check Out What Happens When Mad Men Go Bad

Check Out What Happens When Mad Men Go Bad

The world is buzzing with advertisements and it can be challenging to stand out. Unfortunately, in a desperate effort to grab attention, some companies turn to risky and insensitive marketing techniques. What might seem catchy or funny to some can result in seriously negative backlash for a brand. Is it worth the risk? Check out some of these advertising agency clangers!

Advertising agencies who got it wrong

The Volley Australia F**K OFF Billboard 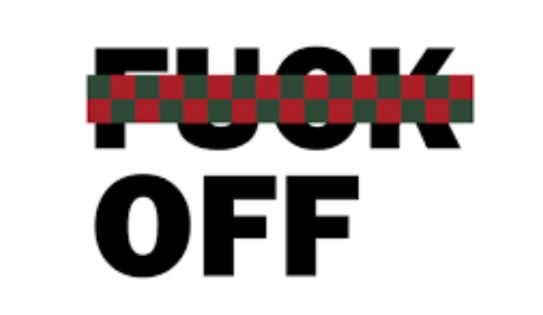 Volley Australia took a huge risk using obscene language on their billboard posters, arguing that they were targeting an older audience where the f word is commonly used. But their advertising campaign was quickly squashed by the Advertising Standards Board (ASB) for breaching section 2.5 of the Advertiser Code of Ethics. Not only was the explicit phrase used on posters, but it can be seen on shoes and apparel in the video (below). The video also depicts a person raising their middle finger.

Although Volley Australia feel they have targeted their ideal audience of 20-35-year-old men and women with this campaign, it’s naive to think that this advertising campaign won’t reach younger and more impressionable people outside this demographic. This is the perfect example of where all angles and perspectives should have been considered beyond the target audience. Profanity isn’t necessary to target this type of audience, but clever advertising is.

In 2017, this television ad featured a young boy explaining how quick and easy YouFoodz products are to prepare before saying that he finds the freshness of Youfoodz meals ‘unforkin-believable’. This ad came in at number two on the most complained about ads of 2017.

Complainants weren’t happy about the obvious word replacement and felt that it was inappropriate to be aired during family timeslots. The ad was found to be in breach of Section 2.5 of the Code and Youfoodz agreed to modify the ad. The modified ad bleeped out the ‘forkin’ word, however, the new version of the ad ended up receiving more complaints than the initial ad for the same reasons.

The play on words used in the Youfoodz ad is a huge risk for their brand, particularly when it comes to using children in advertisements. If you’re using youngsters in your advertising campaign, avoiding potty mouth language is probably wise!

The 30-second radio ad’s goal was to promote the chance to win a ‘pay rise’ on specially marked packs. The ad went on to feature a young man who tries to impress his boss with various compliments and promises. However, where this radio ad goes sour is when he asks to date his boss’s daughter – ‘the bigger one, the one with a limp and a bung eye.’

Not only does a bad ad send money down the drain, but it’s also a quick way to get into legal hot water and to lose a once-loyal customer base. How do you avoid a failed advertising campaign? Engage an advertising agency in Brisbane like ADFX for your campaign; we know the Ad Standards back to front and use smart and creative tactics that people will remember, not careless ones that will have people remembering for all the wrong reasons.

Looking for an advertising agency?

Get in touch today!

Is Print Advertising Truly Dead? As numerous print magazines close their doors and newspapers cull their staff, the common question that circulates is, ‘Is print advertising dead?’ If you’re trying to figure...
Read More

The Queensland Business Guide to Regional Media Buying and Advertising

The Queensland Business Guide To Regional Media Buying And Advertising When you started your business, you were clear on where you were headed and you knew your target audience inside out. It’s been a...
Read More

Why Advertising In Queensland Requires A Different Touch

Why Advertising in Queensland Requires a Different Touch Audiences and consumers in Queensland experience life at a different pace than their southern cousins. Not only is there a beautiful Queensland lilt...
Read More

Seven Reasons Why Choosing an Advertising Agency on the Sunshine Coast Boosts a Brand’s Return on Investment Most businesses know that a one-size-fits-all approach isn’t the best marketing strategy. But...
Read More

ADFX – Doing our part to help our Aussie farmers in need!

Each year at ADFX we do what we can to give back by supporting local and national charities. Usually they are ones that are close to our hearts. With a few of us ADFXies coming from the land, we strongly believe that farming is our future and that we need to band...
Read More

Video and TV Production on the Gold Coast – Follow the Lead

When the world’s largest commercial developer breaks ground to build Jewel, a billion dollar five-star hotel and serviced apartment complex in Surfers Paradise – and they do this without pre-selling one apartment - their confidence in the Gold Coast economy has to be...
Read More

Thanks for the supPAWt!   About the RSPCA The RSPCA (The Royal Society for the Prevention of Cruelty to Animals) is the voice for the animals of Australia. We defend their dignity and fight to stop cruelty. We offer shelter, education, medical attention and love....
Read More

Advertising Agencies – what are they?

Advertising Agencies – what are they? What do they do? And why do you need one? People generally have misconceptions about what an Advertising Agency is and exactly what they do. Not many people realise or understand that advertising or marketing agencies are in fact...
Read More

What is Green Screening?

What is Green Screening? Green screening or Chroma keying is a special effects or post production technique that allows the manipulation of an image or video’s layers to superimpose subjects into any kind of scenery or background. Chroma keying can be done using any...
Read More
ADFX